Every five years, the European Society for Dermatological Research, the Japanese Society of Investigative Dermatology, and the Society of Investigative Dermatology hold a joint conference recognizing the enhanced scientific value of all scientists from these societies meeting in one place. Dr. Michael Bachelor will present a poster on the development of a new atopic dermatitis skin model that mimics skin conditions like 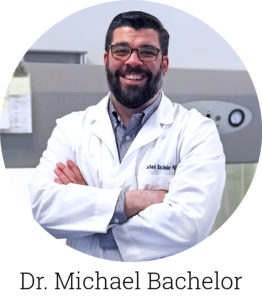 eczema and provides a platform for disease research and treatment methods. Also being presented is research done for NASA which assessed the effects of ammonia vapor exposure on human skin. The International Space Station utilizes ammonia in its coolant system, and this study assessed the effects on astronauts’ skin should the ammonia penetrate the living space aboard the craft.

Induction of an Atopic Dermatitis-Like Phenotype in a Full-Thickness in vitro Human Skin Model | ID: LB1583

Atopic dermatitis (AD) is the most common inflammatory disease of the skin characterized by defects in keratinocyte differentiation and skin barrier dysfunction.  Despite its prevalence, an in vitro, commercial model of AD is not currently available to facilitate basic research and therapeutic development.  Using the reconstructed full thickness human epidermal model (EpiDermFT), an inflammatory cocktail comprised of Th2 cytokines was used to induce changes to mimic an atopic dermatitis phenotype.  Following treatment with IL-4, IL-13 and IL-31, significant changes in several markers of differentiation and skin barrier integrity were observed, closely resembling AD skin.  Histological analysis revealed treatment with IL-4, IL-13, and IL-31 reduced the presence of the stratum granulosum and induced spongiosis in the epidermis.  Upregulation of pro-inflammatory mediators, such as IL-8, and down regulation of differentiation markers (keratin 1, keratin 10, involucrin, filaggrin) were observed at both the gene and protein level. These findings demonstrate that treatment of the EpiDermFT tissue model with Th2 cytokines induces a phenotype that is consistent with the hallmarks of AD, including altered differentiation and barrier function.  We anticipate that the model described here will be useful for screening and evaluating active ingredients and other molecules used in the treatment of atopic dermatitis.

In this study, EpiDermFT, an in vitro 3D model of human skin, was used to evaluate the effects of ammonia vapor on skin to simulate in vivo exposure.  The US Segment of the International Space Station (ISS) utilizes ammonia in the external loops of the active thermal control system. There is a low likelihood failure scenario that would allow ammonia to enter the habitable volume of the ISS via the interface heat exchangers. Protective masks have been developed to protect the eyes and respiratory tracts of crew in the event of a breach, but the dose/response for the effects of elevated ammonia vapor concentrations on intact human skin is largely unknown.  Since EpiDermFT is cultured at the air-liquid interface and is amenable to topical exposures of test material, this 3D tissue model was an appropriate test system to simulate in vivo exposure to ammonia vapor.  A custom exposure device was developed by Vitrocell and engineered to expose the apical surface of EpiDermFT tissues to either clean air (as a control) or ammonia gas at concentrations of 10, 100, 1000, 10,000, 30,000 or 50,000 ppm for 1, 5 or 20 minutes. Tissues were assessed immediately following exposure or 24 hours post-exposure for cell viability using the MTT assay and for morphological changes indicative of toxicity.  Data indicate that concentrations between 10-1000 ppm ammonia for up to 20 min did not have an immediate or delayed (24 hr) effect on dermal tissue viability. Signs of toxicity, especially 24 hr post-exposure were noted at 10,000 ppm ammonia and increased in severity with both increasing exposure time and concentration.  To our knowledge, this report represents the first evaluation of ammonia vapor on skin.  Altogether, we demonstrate the utility of the EpiDermFT model as a relevant substitute of human skin for evaluation of cytotoxicity in response to environmental insults.

Considerable interest exists in evaluating effects on skin pigmentation resulting from treatment with raw materials, skin care formulations, or as a side effect induced by medication.  A convenient way to screen such effects utilizes the MelanoDerm tissue model, a highly differentiated, three-dimensional tissue culture model of human epidermis containing normal human melanocytes and keratinocytes.  Use of this in vitro model can provide valuable in vitro data as an early screening tool prior to the commencement of costly clinical trials.  In this study, pigmentation was evaluated over the course of 2-3 weeks using a tristimulus chromometer to measure brightness (L*) in MelanoDerm tissue produced with normal human melanocytes from Black, Asian, or Caucasian donors.  In parallel to measurements taken with the chromameter, total melanin content of tissues was also quantified.  Over time, cultures became increasingly pigmented with retention of normal epithelial morphology with the expected pigmentation level of the donor tissue, i.e. Black>Asian>Caucasian when cultured in media containing alpha-MSH and beta-FGF.  Several over-the-counter skin lightening products were also evaluated in cultures containing normal human melanocytes from Black donors. Over the 2-3 week treatment period, control cultures became increasingly pigmented while tissues treated topically with cosmetic skin lightening agents containing tyosinase inhibitors such as kojic acid and magnesium ascorbyl phosphate remained distinctly lighter when compared to control cultures.  After 14 days in culture, total melanin content was found to inversely correlate with surface reflectance (L*).  The results described herein suggest that this model is useful for evaluating effects on melanogenesis, skin lightening, and other pigmentation phenomena of skin in vitro.  In particular, this study highlights two distinct endpoints, total melanin content and skin color measurement that can be used to evaluate skin pigmentation in vitro.

Development of a Do-It-Yourself Skin Equivalent System for Use as a Research Tool | Abstract ID: 431705 Final ID: 715

Use of 3D skin tissue models can be advantageous over monolayer culture for evaluating basic skin biology, toxicity and efficacy of materials that come in contact with human skin.  Despite the existence of commercially available tissue models, these models may not always be suitable for a specific research focus.  Developing the technology to produce skin equivalents without prior expertise can also be a timely and costly undertaking.  Here we demonstrate the construction of a three-dimensional human skin equivalent provided as a do-it yourself kit for use in research laboratories.  All components necessary to build the skin equivalent are provided in the 3DIY kit (MatTek, Ashland, MA), including keratinocytes, pre-coated tissue culture inserts on which to produce the tissue and pre-formulated media.  Our results demonstrate a novice user can successfully produce a 3D skin equivalent using the 3DIY kit that is comparable to a commercially available human skin equivalent (EpiDerm, MatTek Corporation) when using normal neonatal keratinocytes.  Skin equivalents produced with the 3DIY kit versus EpiDerm revealed comparable histology.  As a measure of skin barrier, tissues produced with the 3DIY kit were challenged with topical exposure to 1% Triton alongside EpiDerm and found to have a similar ET-50 (exposure time that reduces tissue viability to 50% as determined using the MTT assay).   The 3DIY kit allows for greater experimental flexibility including (1) genetic manipulation of keratinocytes (via CRIPSR or RNAi, for example) prior to producing the 3D skin equivalent (2) choosing donor age and sex and (3) donor disease state.   The availability of a ready-to-use technology combined with user flexibility make MatTek’s 3DIY kit a powerful research tool for investigating multiple aspects of skin biology.

In the pursuit of reducing animal usage in safety and efficacy studies, there has been a strong focus on developing 3D in vitro cell culture models which closely mimic in vivo tissues. While it has been shown that these 3D in vitro models closely mimic in vivo tissues and do so better than traditional 2D monolayer models, current characterization techniques for these 3D models are limited. Wide field, confocal or dissolution based assays for characterizing these models either lose the spatial information that makes them intrinsically more valuable or only characterize the exterior of these models due to light attenuation. To address these limitations, a rapid and high-throughput compatible tissue clearing technique was applied to a full thickness 3D model of human skin (EpiDermFT) and combined with fluorescent immunolabeling and high content confocal microscopy. Using inexpensive air objectives and common confocal microscopes,the entire thickness (1 mm) of the 3D skin model could be imaged following tissue clearing. Skin models were successfully labeled for differentiation markers (keratin 14, involucrin), fibroblast-specific markers (vimentin) as well as components of the extracellular matrix (collagen) and it was shown that these markers could be characterized throughout the entire depth of the model. The ability to image 3D in vitro cell culture models through the entire epidermis and dermis for common aging related targets will allow for the development of novel anti-aging characterization assays.

Are you attending ATS? Schedule a meeting at the show.